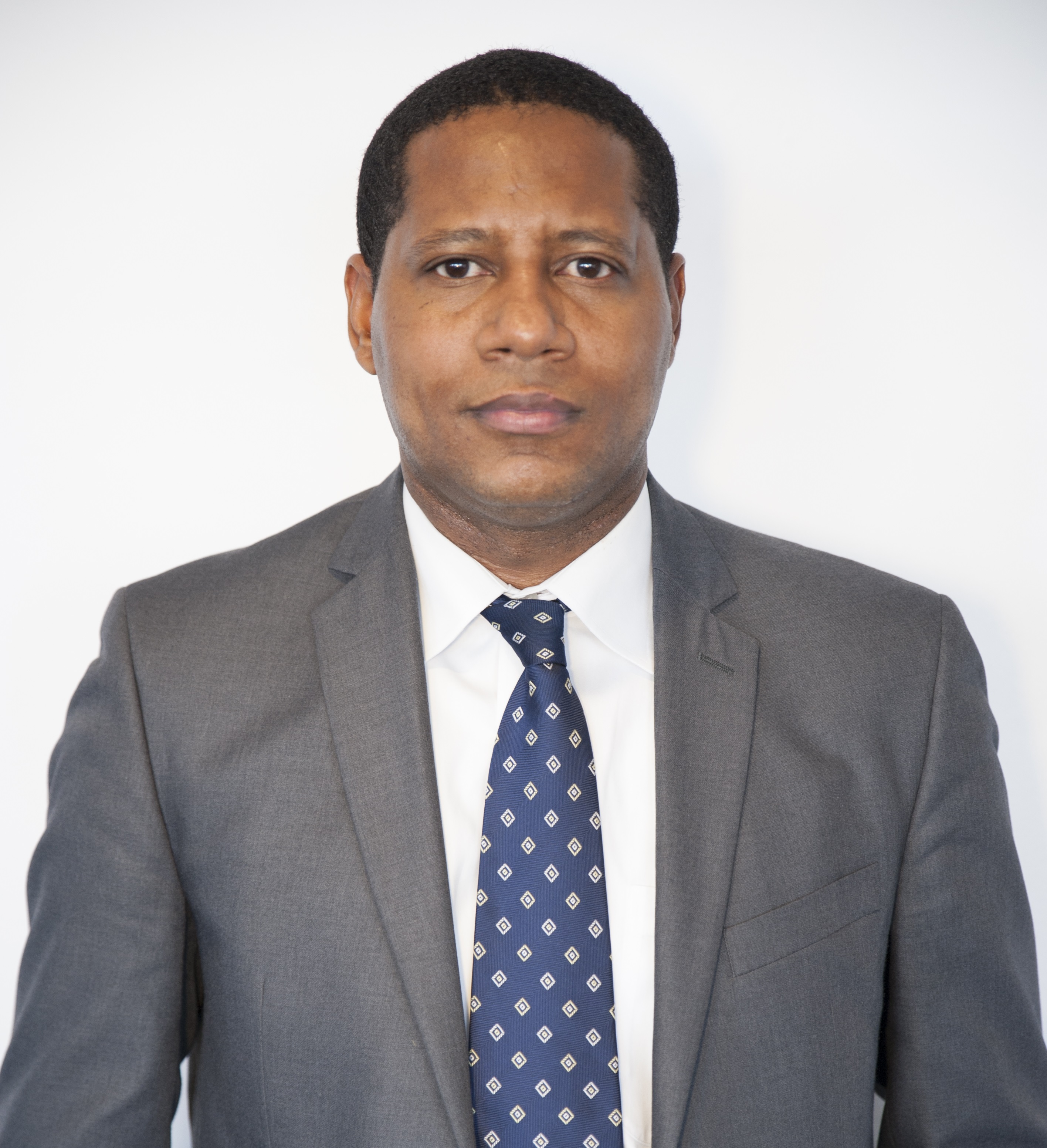 Florindo Chivucute is the founder and Executive Director of Friends of Angola (FoA), and Paginas Tech, activist, and blogger. Florindo earned his Master’s degree in Conflict Analysis and Resolution from George Mason University and has over 6 years of experience working in non-profit organizations, international development, international relations, peacebuilding, and education while being active in the Community of Portuguese-Speaking Countries (CPLP) in the United States. Since founding Friends of Angola in April 2014, he has led the design and implementation of five projects in Angola: Radio Angola (an online radio station); Strengthening Nonviolent Civic Engagement Among the Youth; Strengthening Democracy in Angola Through Community Journalism; Zuela Application – a pro-democracy and social networking smartphone app focused on fostering good governance, eradicating corruption, monitoring elections and human right violations and more. All projects were envisioned as part of a larger theory of change (ToC) to strengthen the capacity of civil society, empower women and youth while promoting nonviolent civic engagement by using new and existing technologies in Angola and the South-Western African Region. These projects were funded by The National Endowment for Democracy (NED), Embassy of Canada in Harare, Zimbabwe and U.S. Embassy in Luanda, Angola. Florindo has also published two research papers: “Urban Youth Activism and the Peace Process in Angola” and “Angola and China – Bilateral Economic Strategy.” 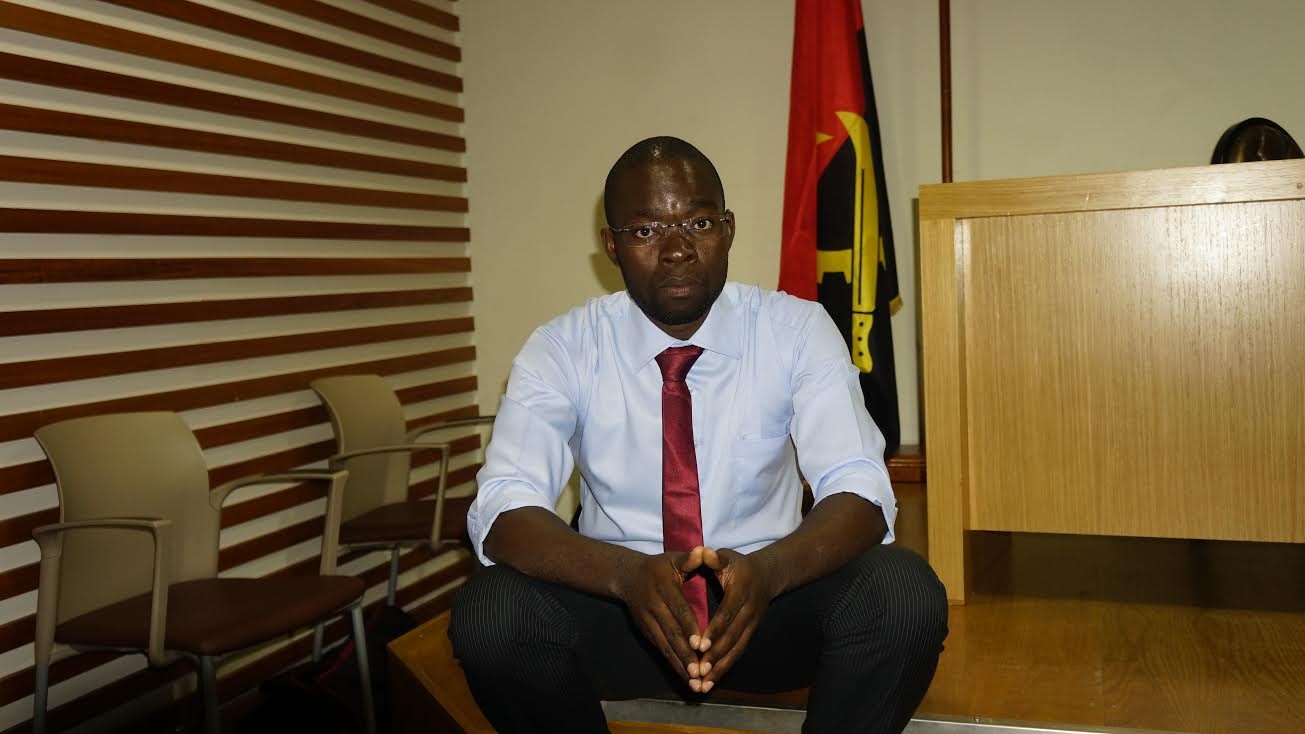 Domingos da Cruz is an adviser and permanent consultant to FoA. He holds a Bachelor’s Degree in Philosophy and Pedagogy from the IDBES (Don Bosco Institute of Higher Studies-Angola) and a Master’s Degree in Legal Sciences-Human Rights Area from the Federal University of Paraiba-UFPB-Brazil. A journalist and writer, he has published eight books in his native language and was the winner of the National Prize of Human Rights – Ricardo de Melo Category in 2009. He is a member of the (NCDH) Center for Citizenship and Human Rights of the UFPB, acting in the Research Group on Public Security, Violence and Human Rights . He is also a guest member of the research group on Rhetoric and Human Rights of CCJ (Center for Legal Sciences). Domingos also teaches Human Rights, Philosophy of Education and Theory of Education and acts as a spokesperson for the Institute for Media in the Southern Africa Region – MISA-Angola. 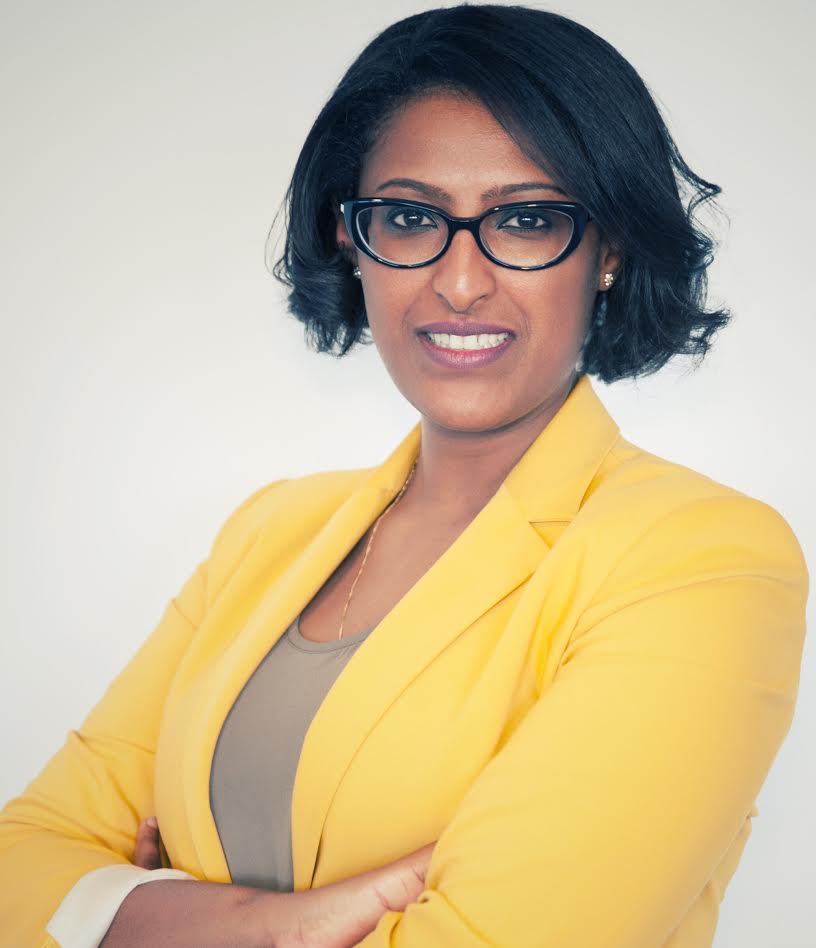 Hanna Yamir is the Development Consultant and Senior Editor to Friends of Angola and Co-founder of Untied Transition Network. She provides fundraising, proposal writing and editorial consultation among other managerial duties. Hanna has experience working in non-profit, international development, peacebuilding, and education fields in a dynamic capacity. Her work experiences in Africa, Asia, and the US have led her to work with refugees and immigrant women, high school students and orphaned children on issues ranging from domestic abuse to human rights and conflict resolution. As a passionate advocate of youth and women’s empowerment she is constantly looking for ways to improve vulnerable communities living condition through sustainable means while contributing towards partnership building and organizational planning that are vital to the work and mission of the enterprise she has the honor to work for. Hanna holds a B.A in Foreign Affairs from the University of Virginia and an M.S in Conflict Analysis and Resolution from George Mason University’s School for Conflict Analysis and Resolution. 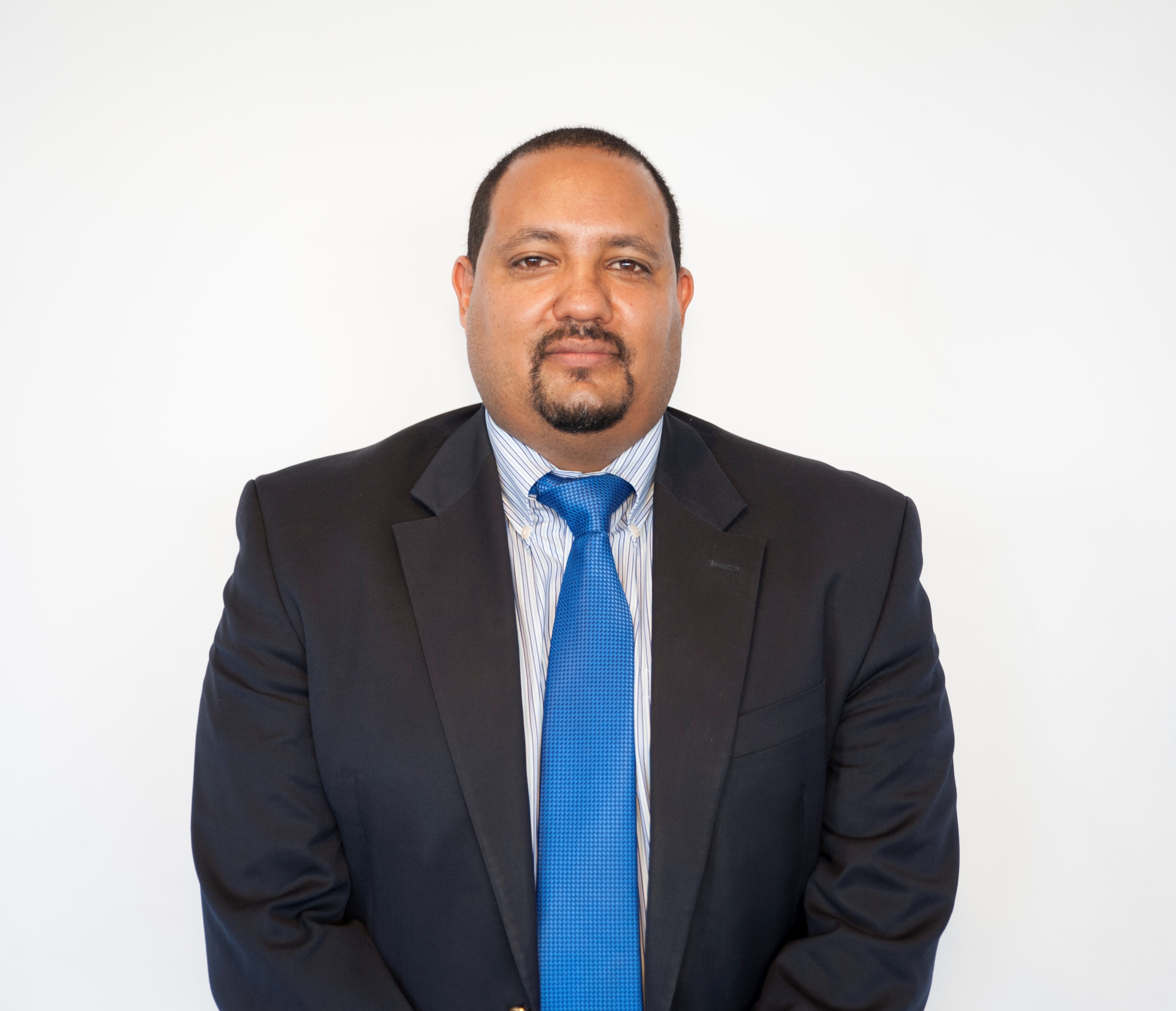 Besu Feleke is the Treasurer and Financial Consultant to Friends of Angola and Co-founder of United Transition Network. Besu has 15 years combined experience in Banking, Management, Business Development, International Business, Non-Profit Organizations and Financial Advising. For the past 8 years, he has been working as a Banking Professional assisting businesses with capital formation and consultation where he managed a portfolio up to $40 million. During this time, Besu has also dedicated himself to teaching young students, entrepreneurs and low income families financial literacy and money management. Feleke holds an M.S. in Conflict Analysis and Resolution from George Mason University, a B.S in History from Radford University and a B.A. in Sociology from The American College of Greece.

Sedrick de Carvalho is the Director of Radio Angola, a journalist and permanent consultant with FoA. He holds a law degree from Jean Piaget University and works for a weekly private newspaper – Folha 8 and Observatório da Imprensa. Mr. Sedrick is also an activist and one of the 17 political prisoners in Angola.

Edna Alemayehu is a Senior Editor to Friends of Angola. She has several years of experience in international development and project management. Managed numerous projects funded by USAID/ OFDA, ECHO, and UNOCHA in nutrition, water and sanitation, agriculture, basic education, governance, and emergency relief work through-out sub-Saharan Africa. Managed intra-African trade and women-led entrepreneurship initiates at the Pan-African Chamber of Commerce. Coordinated counter-extremism projects to be implemented in the Sahel with The Bridges Institute. Coordinated projects in Haiti, Liberia, Tanzania, Uganda, and Zambia with Cardno International Development. A passionate Pan-African who strongly believes in a multi-faceted approach to Africa’s development and the need for Africans to be the architects of their own future. Holds both a Master’s and Bachelor’s in International Peace and Conflict Resolution with a focus on Africa from the School of International Service at American University in Washington D.C. 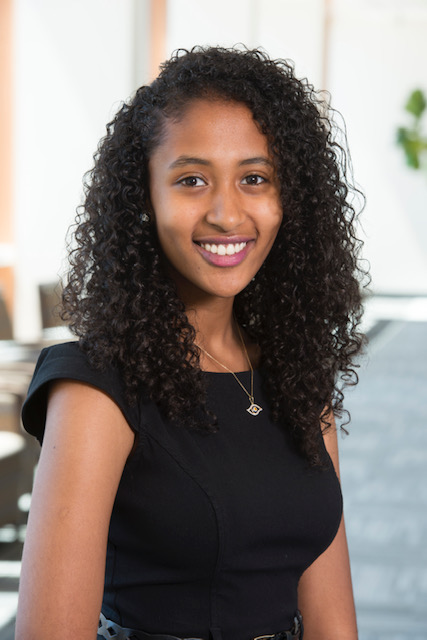 Hany Wahila is an intern at Friends of Angola. She is currently finalizing her MSc in African Politics from the University of London- School of Oriental and African Studies (SOAS). She is writing a dissertation on the African Union-critiquing its normative agenda on non-indifference policy. She is interested in peace and security in the Horn of Africa, particularly looking at how the African Union’s Peace and Security Councils intervention is implemented in internal conflict among African nations. Prior to her studies, she worked in international development as a Peace Corps Volunteer implementing development policies and projects in health and education sector on a grassroots level in rural Govi-Altai Province of Mongolia. Prior to Mongolia, Hany served as an East African Community Organizer where she served as a liaison between the East African community and the Minneapolis Public School District and the YWCA implementing youth and community education programs that better serve the large East African population in Minnesota. She enjoys traveling, reading and setting personal development goals in her leisure time. 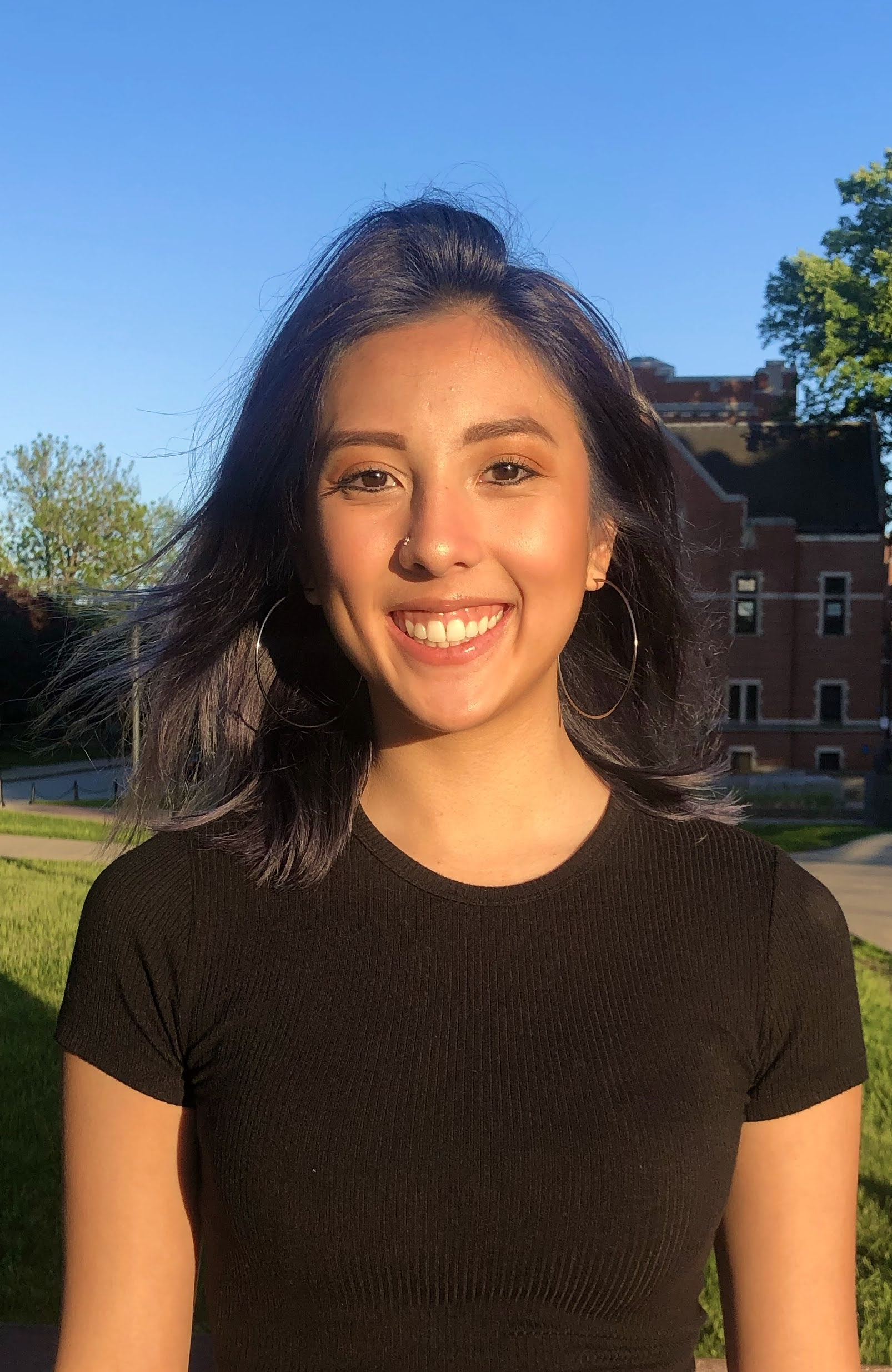 Jaclin Ngo is a first generation Vietnamese-American who is a senior at American University in Washington, DC. Jaclin has always been passionate about social justice and is excited to bring her experience and skills to raise awareness and synthesize solutions for injustices occurring in Angola currently.